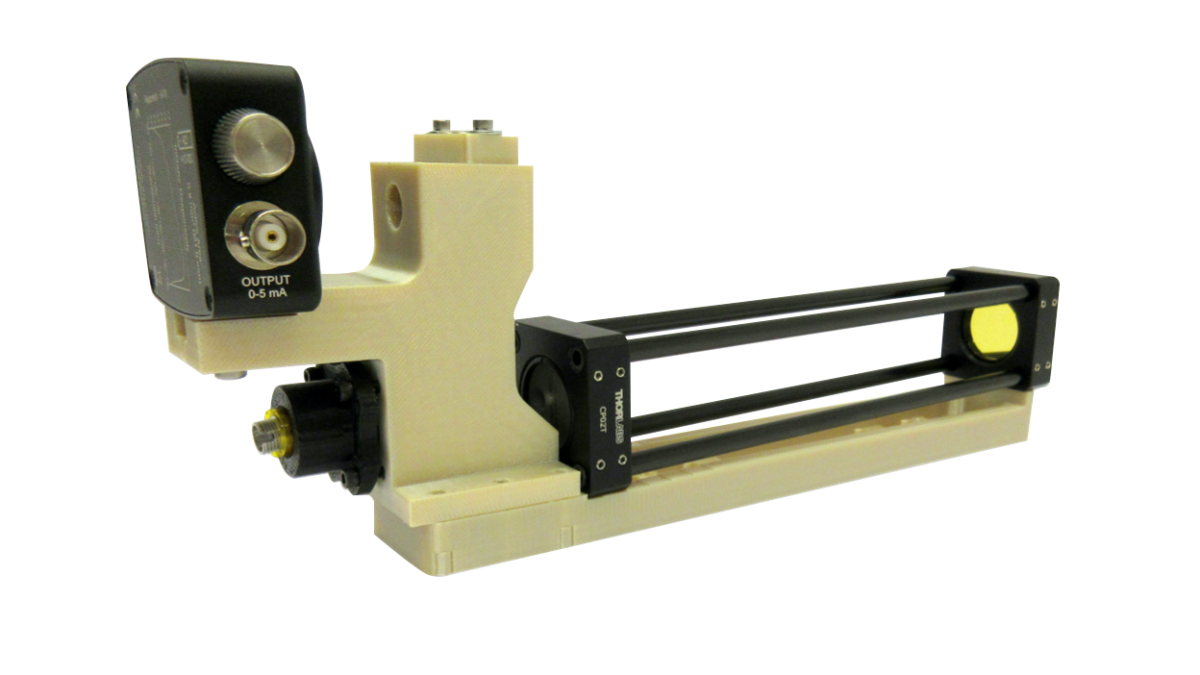 Most optical sensors and analyzers rely on absorption spectroscopy that is often expressed using the Beer-Lamber Law that describes the loss of intensity as a light beam passes through an absorbing sample,

For all of the work at Mesa Photonics, the absorbers are gases and the light is generated by a laser.

For most of the gases of interest, the absorption cross section, σ, is available in the open literature or can be measured independently in the lab.  The optical path length is a design parameter of the apparatus.

is the absorbance, α, which is a dimensi onless quantity.  Absorber concentration can be determined by measuring the absorbance.  The graph at right shows the absorbance spectrum of water vapor close to 1400 nm calculated using the HITRAN spectroscopic database1 for 1 ppm H2O in a 1-m-long path.  The absorbance at the strongest peak is 1.4 × 10-4 and if I0 = 1 mW, then I would be 0.99986.

Detection sensitivity can be improved by choosing a measurement wavelength where the cross section is large and/or using a long optical path, L.  Detection sensitivity is also determined by the smallest absorbance, αmin , that can be measured reliably.  This is a classic problem in chemical analysis: how best to determine a small change on a large signal.  In absorption spectroscopy, αmin , is defined by the smallest change in I0, that can be measured.  For laser spectroscopy, the theoretical best is defined by the shot noise limit,

Detection sensitivities for real-world laser spectrometers are typically 1000× worse due to a variety of noise sources including laser amplitude noise (also called laser excess noise), cross-talk between laser wavelength and amplitude tuning, and – most important of all – unwanted optical interference fringes.  As a result, the “art” of diode laser spectroscopy entails developing techniques to minimize the extra noise or to use long optical path lengths or a combination of the two.

Mesa Photonics researchers have used two approaches for long path lengths in physically compact structures.  The first is Herriott-style multiple path optical cells that were originally developed by Herriott and Schulte at Bell Labs in the mid-1960s to use as optical delays2.  The photograph at right shows the light-weight Herriott cell that Mesa Photonics developed under a NASA contract for use on board small, unmanned aerial vehicles (UAV’s).  The structure is 30-cm-long and contains two curved mirrors.  one of the mirrors is visible at the right side of the picture.  The laser beam enters through a hole in one mirror and is reflected back-and-forth between the mirrors until it exits through the same hole as it entered.  The beam, as it is reflected back and forth, traces out a circular spot pattern visible as red dots in the second photograph.  The mirrors re-focus the beam on each pass, keeping the beam well collimated and aligned.  The Mesa Photonics cell, as shown, is pre-aligned for 34 passes and 5.78 m optical path.

After the beam exits the cell it is focused onto a photodiode detector which is the black box at the upper left hand corner of the Herriott cell photo.

The number of passes can be changed by varying the mirror separation.

A key advantage to Herriott cells is that most of the original laser power reaches the detector because highly reflective mirrors are readily available.  Reflectivity of the gold coated mirrors in Mesa Photonics Herriott cells is large enough that the reflective losses vary from 60 to 40% at wavelengths between 1500 nm and 20 μm.  For most available lasers, particularly readily available, near-infrared lasers, noise far exceeds the shot noise limit. 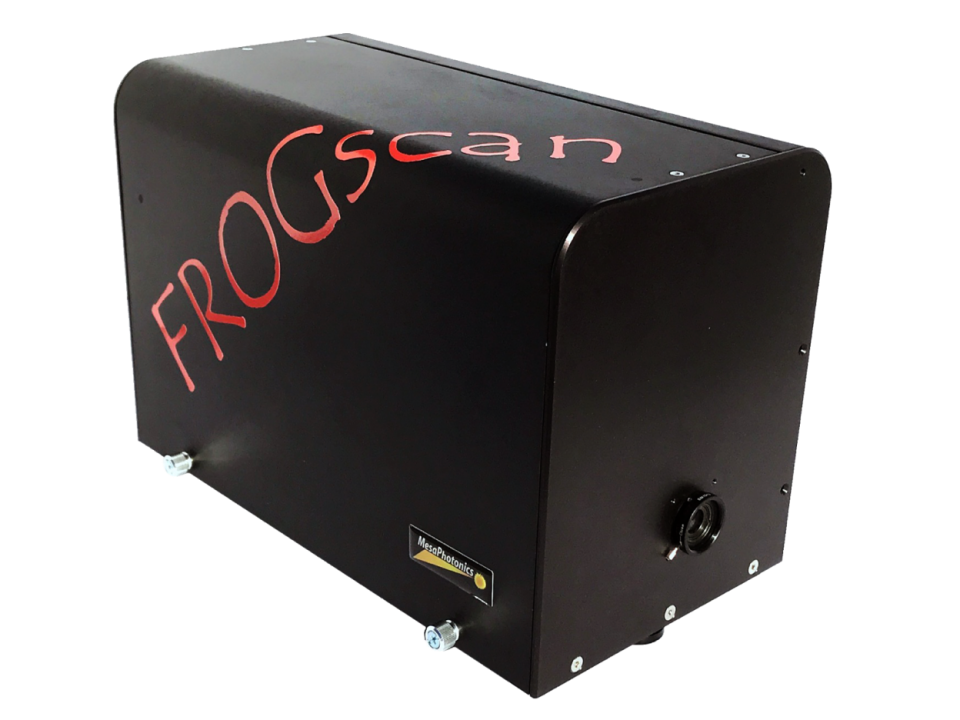 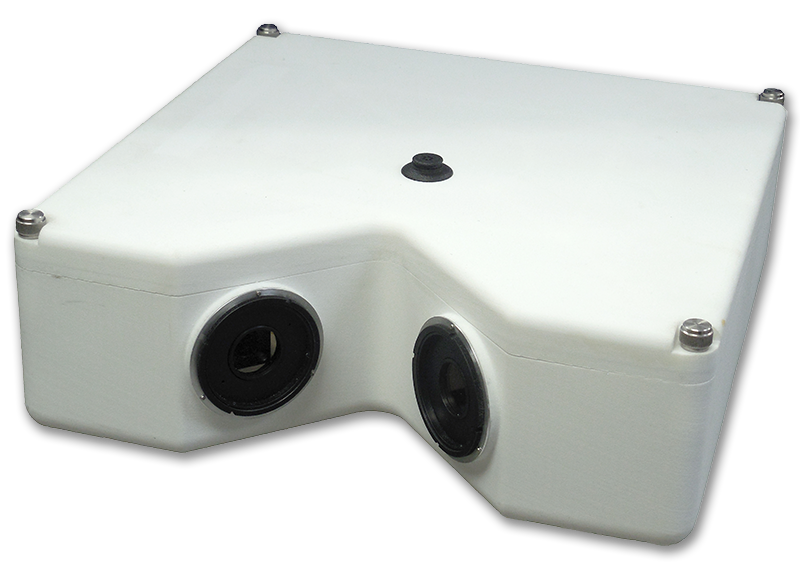